Are my recent cupcake flavors.  I felt like I was sort of behind on my cupcake a month challenge, so I did 2 in one day.  I've never been a huge root beer fan, but made them upon my husband's suggestion for our friend Andrew!I'm not crazy about root beer but these cupcakes were pretty good!  It was a chocolate cake with root beer icing filling, topped with vanilla buttercream! The secret ingredient: ROOT BEER CONCENTRATE. Its sort of hard to find, but I found it in the extract section of Wal-Mart! Its like coke syrup and you can use it to make homemade root beer, but its really the only way to have these things taste like root beer!

And for the orange.  I used a vegan( no egg or dairy) recipe for these.  Its a cake recipe I had used before but decided to make it into cupcakes and top with cream cheese icing.  I love all the pure ingredients and its truly a refreshing summer cake! And because of some recent requests.. I think I'm going to add a recipe section to my blog.  Its needed. 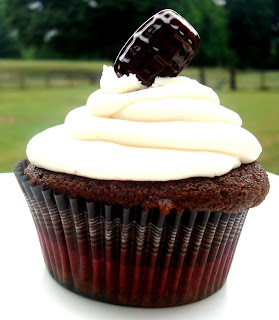 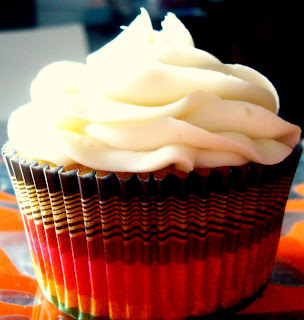 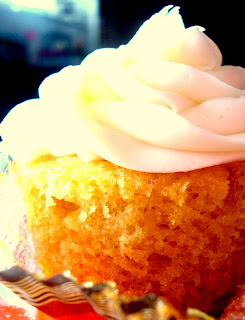